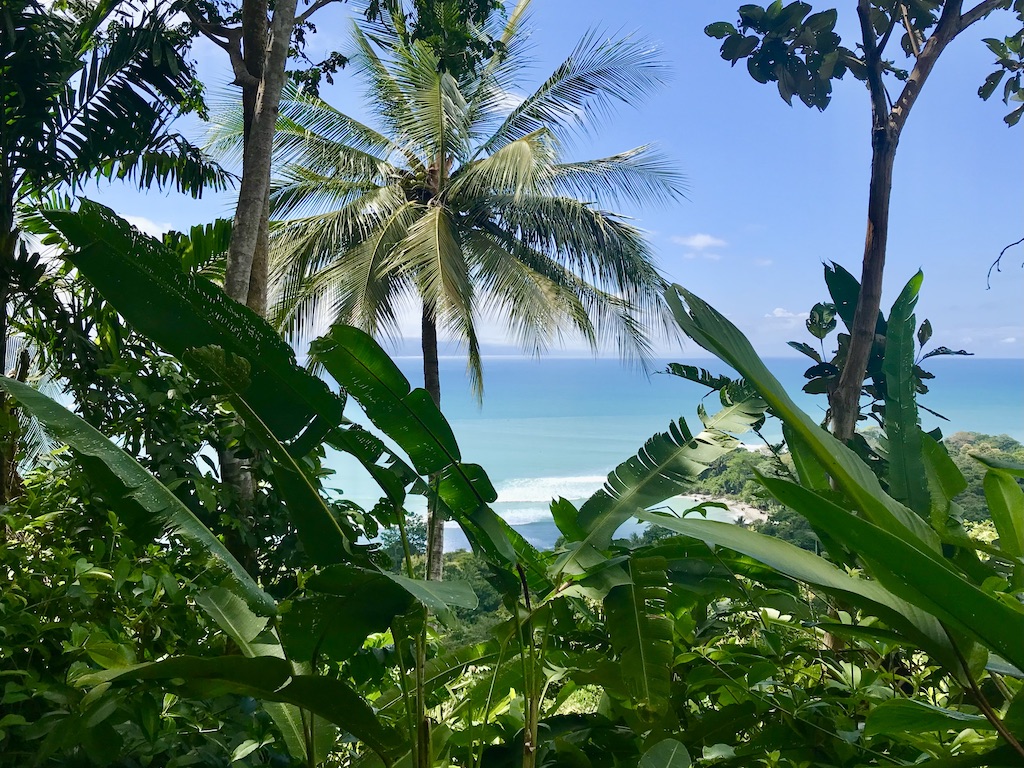 Are you considering visiting Costa Rica in rainy season? Are you worried that you are going to spend your whole trip wading through the jungle in a torrential downpour? Having just returned from a Costa Rica family vacation during green season (as it is sometimes called), I intend to dispel this myth. Here is what I think you should know about Costa Rica’s wet season followed by some useful tips to help make your trip even better.

1. It Does Not Rain All the Time

Rainy season in Costa Rica runs from May to November. During this time, it is typical for mornings to be sunny and clear and for rains to hit in the late afternoon or in the evening. If you plan around this general pattern, you can make the most of the day (planning outings and tours in the morning, chilling in the afternoon).

2. It is Beautifully Lush and Green

During high season in Costa Rica, certain regions can be quite brown and dry, especially in the northern Guanacaste province. By contrast, in Costa Rica’s wet season, rivers fill up and the foliage changes to a beautiful deep green. It is quite stunning.

On a tight budget? It is cheaper to visit Costa Rica in off season. Even some of Costa Rica’s luxury eco resorts offer discounts during rainy season. For example, on our visit to Costa Rica in July, two luxury eco resorts that we visited were offering every 4th night free. Deals are not limited to just hotels either. You can also often find good discounts on car rentals, activities, spa treatments and more.

You can enjoy crowd-free beaches and will likely have no problem getting a restaurant reservation, booking an activity, or finding a room at the hotel property of your choice. As a example, we were given an upgrade to the Club Floor at our San José airport hotel (The Marriott Hotel San José) during a quick stopover since it wasn’t even close to being full.

5. It Aligns with Summer Holidays

While I used to pull my kids out of school all the time, as they grow older, it becomes more difficult for them to miss classes. In our family, we are now slaves to the school schedule, leaving us only a few precious time slots in which to get away. While June, July and August tend to be high season in most popular North American travel destinations, if you head south towards Central and South America, you tend to miss the overwhelming throngs of tourists. In fact, our favorite time to visit Central and South America is the last two weeks of August when Canadian schools are still out but many U.S. schools are back in session (we are Canadian).

In Costa Rica’s dry season, some regions can be downright sweltering. My sister visited the northern town of Tamarindo in March and said that she couldn’t walk on the beach during the day without flip flops because the sand was so hot. Costa Rica temperatures along the Pacific Coast are generally a few degrees cooler in green season.

7. It Depends on the Month

Of course, it doesn’t just switch from dry season in Costa Rica to rainy season overnight. May and November are transitional months and can be a great time to visit. The best month to visit Costa Rica in wet season also depends on where you are planning to travel to within the country. See below for general rainy season weather by month.

Costa Rica in May: Costa Rica weather in May transitions from dry season to rainy season. It can be a wonderful time to visit as generally most days start out fine, with showers arriving in the afternoon and evening. The crowds of tourists will be gone and low season pricing will have kicked in. The temperature in Costa Rica in May on the Pacific side and in the North is slightly cooler than what you can expect in the preceding months (Feb, Mar, Apr.).

Costa Rica in June: Costa Rica weather in June is moving in a rainier direction, as the dry brown foliage slowly turns to a lush green. The beginning of the month is generally crowd-free, but things will get busier as more and more school finish for summer break in the U.S. and Canada. Most hotels will be offering green season deals.

Costa Rica in July and August: Costa Rica weather in July and August can actually be quite nice as the country experiences something unique called Veranillo. Veranillo roughly translates to Little Summer as for several weeks there is a dip in rainfall. This effect is most pronounced in the northern, drier region in the province of Guanacaste, around Tamarindo.  If you are traveling to the Osa Peninsula or to the Caribbean Coast you can expect more typical rainy season weather. The thing about Veranillo, however, is that it is a little unpredictable and can shift from July into August, making it difficult to plan around. Furthermore, due to the increasing popularity of green season travel in Costa Rica, some resorts do not offer rainy season discount in the window of July to mid-August.

Costa Rica in November: Costa Rica weather in November is transitional as rainfall starts to taper off and hours of sun increase. If you compare it to the other transitional month of May, the average rainfall in Costa Rica in November in most regions is lower. Costa Rica green season discounts are still in effect – sometimes even running into the first few weeks of December. If you have the flexibility in your schedule, this could be the best month to go to Costa Rica, getting mostly great weather, beating the crowds and making the most of the deals.

The best time to visit Costa Rica weather-wise depends on where you are going in the country. Take the time to do a little research on your planned destinations with the understanding that Costa Rica has microclimates – meaning that the weather patterns can be quite different on the Pacific Coast, the Caribbean Coast and in the southern region of the Osa Peninsula. On our July trip, for example, the weather was exactly as it should have been for that time of year. We had the most hours of sunshine in the town of Santa Teresa on the Pacific (the most northern point of our trip), a moderate amount of rain in the southern region (Osa Peninsula) and increasing rain as we got closer to the Caribbean Coast.

Note: For example, don’t just Google “Costa Rica Weather in August”, search instead, “Guanacaste Weather in August”  with the understanding that the provinces vary greatly in weather patterns due to their geography and topography.

During our trip to Costa Rica in green season, I found that from a psychological perspective, it was better if I expected rain every day. That way, I was simply delighted every time the sun shone (rather than constantly hoping for sun). I personally also find a torrential downpour quite exciting.  Take a peek at the following video clip of a typical Costa Rica rain shower to see what I mean.

And then 30 minutes later, the sun is shining again !

Note: Sometimes these downpours would happen in the middle of the night  – and they are LOUD, making it very difficult to sleep. Most of the time I quite enjoyed them as it would remind me that I was somewhere exotic. Occasionally, however, I just really wanted to sleep.

Having a set of foam earplugs along would be helpful. Pre-trip, my frequent flyer husband actually splurged on a set of BOSE Sleepbuds. They are rather pricey as they have the ability to lull you to sleep with ambient sounds or white noise. Initially they seemed rather extravagant to me, but by the end of the trip I will admit that I was coveting a set of my own.

3. What to Pack for Costa Rica in Rainy Season

For years, I have toted along a lightweight but fairly useless raincoat on our trips. It probably fell under the category of water-repellent jackets rather than waterproof jackets (actually meaning cheap, but totally useless jackets). I finally stepped up and invested in a proper lightweight waterproof jacket by Columbia for this trip, and what a world of difference it made! It helps that it is a 3/4 length raincoat because during torrential downpours your shorts or pants can get wet too. Please be aware that even the most expensive raincoat will eventually soak through in a tropical downpour (with the exception, perhaps, of those terrible plastic bag ponchos that do not breathe at all).

During rainy season, Costa Rica humidity is very high. We found that once our clothes got wet, it was difficult to dry them out completely. By the end of our trip, everything in our suitcases felt damp – even if it hadn’t been worn. This is where it is really helpful to only bring with you clothing made of lightweight, quick-dry fabrics (synthetics, tissue-weight cottons etc.). We also at one point used the hotel laundry service, more to get our clothing dry than anything else. On previous trips to tropical regions, I have actually brought along a couple giant Ziploc bags to both store dry clothes in or alternatively, store wet clothes in on travel days. Sadly, I opted not to bring them along on this trip, but they would have been perfect !

All the properties we stayed at offered giant golf umbrellas for use during our stay. The jungle lodges also had rubber boots on loan for hikes (best to check with your specific properties though). If a property offers rubber boots, wear them (but bring your own long socks). My Nike Free trainers were the most challenging item to dry out on our trip.

Flying within Costa Rica is relatively cheap. We chose to fly around the country with Costa Rica’s domestic airline Sansa (a subsidiary of Avianca) rather than drive, due to the fact that in some regions, roads can get really muddy in wet season. Even once at our destinations, our short transfers sometimes involved crossing little rivers in 4 wheel drive.

Since occasionally activities can get canceled due to rain, I found it best to try to book our most desired activities at the beginning of a stay at a property or lodge just in case it needed to be bumped to the following day. While cancellations are rare, activities such as ziplining will get cancelled if there is the risk of a thunder and lightening storm.

6. Protect From Mosquitoes in Costa Rica

Mosquitoes love green season. All the properties we stayed at in Costa Rica had mosquito nets

over the beds, but we often travel with them just in case. Mosquitoes tend to feed at dawn and dusk, so this is when we were most vigilant about making sure we were well covered in repellent. I love the idea of all-natural mosquito repellents, but quite honestly, I have found that unless you are continuously reapplying, they simply do not work as well as their chemical-based counterparts (containing DEET or Picaridin). My absolute favorite product is Natrapel Mosquito Wipes because you can buy them in individually wrapped packages and just toss them in your bag for whenever your need them (without fear of leaking). The active ingredient in Natrapel is Picaridin, which I prefer over DEET, as DEET has some less desirable qualities (such as melting plastics!). 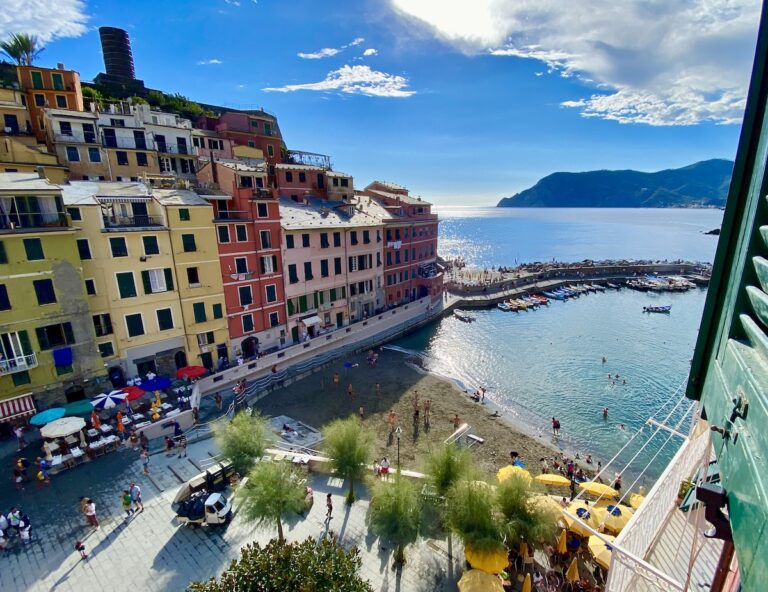 Discover some of the most unique stays in Switzerland. 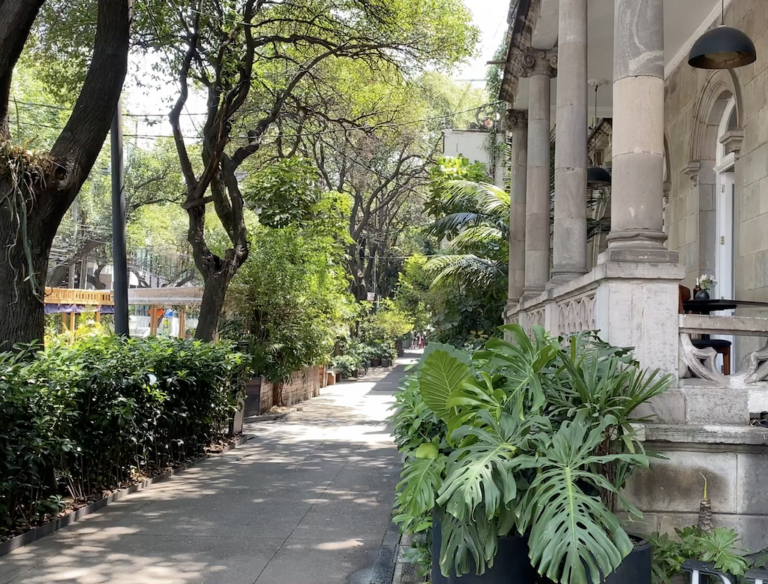 Discover why you should visit Mexico City right now! 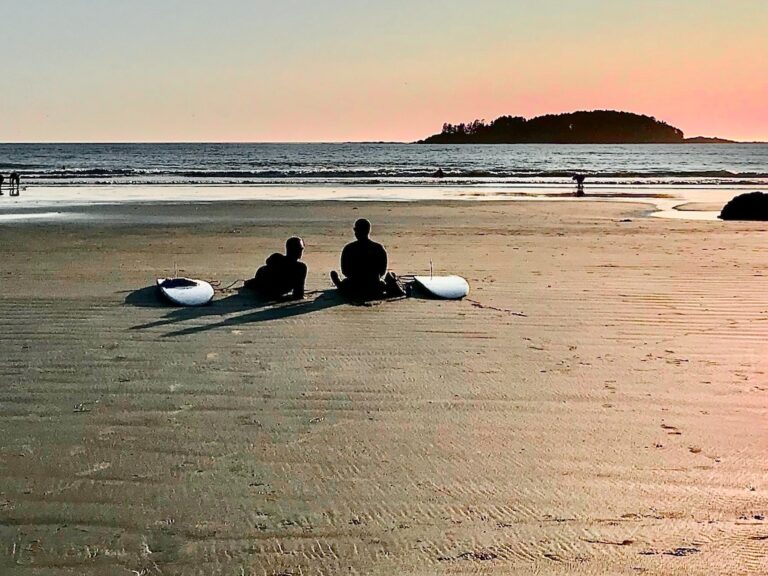 Discover the best things to do in Tofino, B.C. 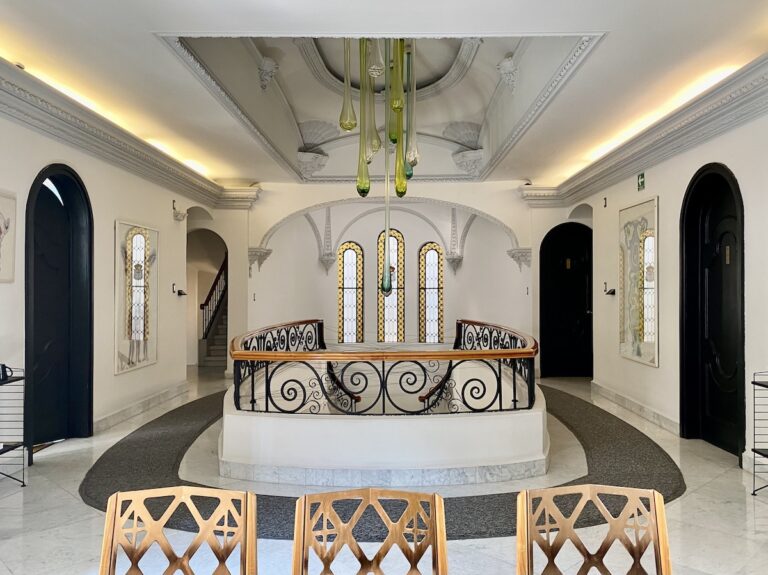 Discover the 15 most beautiful boutique hotels in Mexico City.